You are here: Home / GM / Responsibilities of a Game Master

So you’ve decided to take up the mantle of Game Master. This is a task not for the faint of heart. The road ahead is filled with peril and frustrations, but it is also filled with fun and joy. Becoming a GM means taking on a set of responsibilities. As a GM you’re expected to be a story teller, challenger, rules referee, and teacher all at the same time. Balancing all of this is daunting, but the rewards are well worth the trouble. 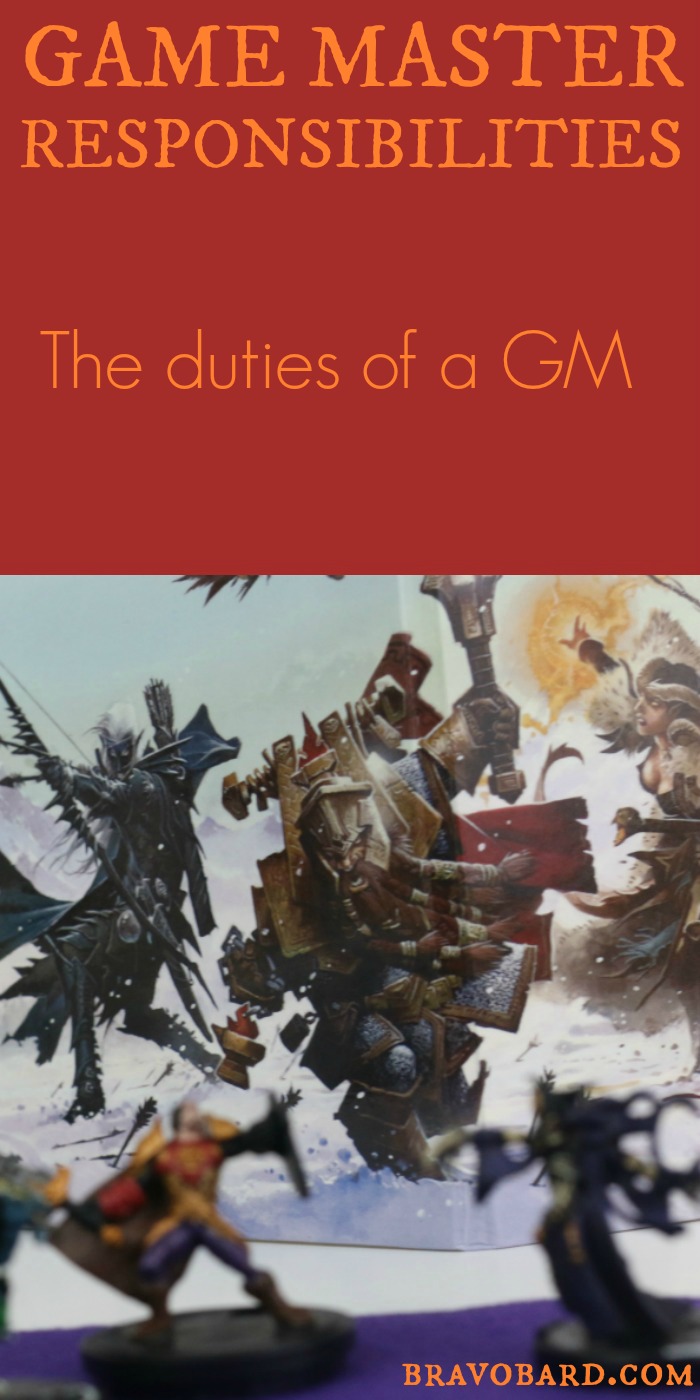 Your main job as a GM is to tell a story. Your players help shape this story, but you create the primary skeleton on which the story is built. Without a story, your game falls into a pure sandbox with no real focus or drive. This gets boring after a short bit so giving your game a story fills it with a driving force. No good story exists without conflict. In your story you play as the conflict of your story. You are the boss they need to defeat to move on. But here is where you need finesse. You can’t just let your players walk over every challenge with ease, but you can’t kill them at every turn either. The best way to describe this is to let your players win without letting them know that you did so.

While building your story together your players might try to push the boundaries of the game. This is fine and sometimes leads to great moments, but other times you have to put your foot down. As the GM, your word is law, and the players must adhere to your rules. No, you don’t have to be a tyrant about it, just be firm. Also remember that sometimes the GM can be wrong too. As a GM you may also have to dissolve any spats over the rules that pop up between players. Keeping these arguments to a minimum will ensure a smoothly running game.

One of the most prevalent responsibilities of a game master is to be a teacher. Your players will have many questions for you as the game goes on, especially if they’re new to the system you’re running. Sometimes you don’t even make it to the table before a new player starts asking questions. And as the seat of authority those questions will be directed at you. As a GM, you will need to answer these questions and teach your players, guiding them through the game.

Being a GM comes with many responsibilities, but filling those responsibilities will yield great rewards. Your games will become more enjoyable, and you will create so many memories with your players. Just don’t forget that at the end of the day it’s just a game. Don’t let the stress get to you. Enjoy yourself, and keep those dice rolling high!