You are here: Home / Player / Jumping Off of the Page: Making Characters Real

As far as character creation goes, we’ve talked about where characters come from and what their base forms look like. Now we will be looking more in depth at what separates a real character from a base form of one. We will look into making characters real. What motivates a character? What are their quirks? What makes them tick? Let’s take a deeper look and find the answers for your character. 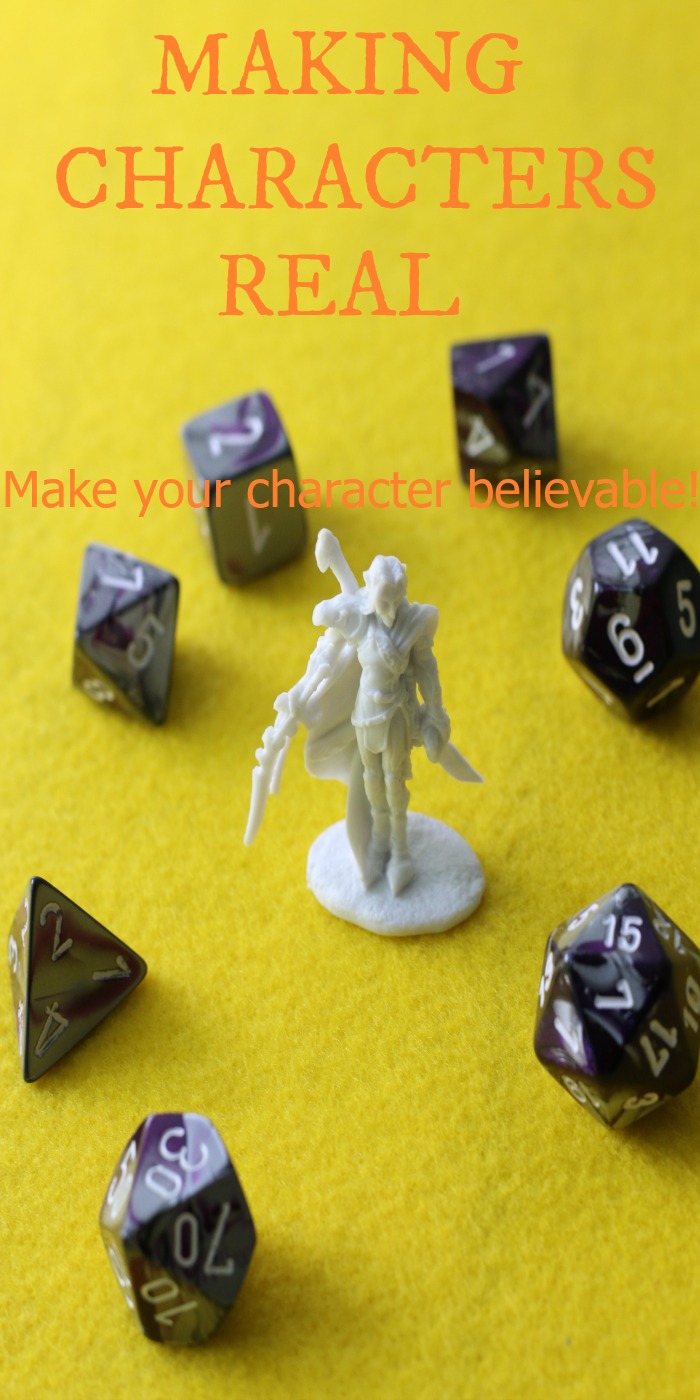 By now you should already have a backstory, complete with a defining moment in that story that explains how they got into adventuring. This will be the source we draw from. This is where your character comes from, so ask yourself how the events affect them. The defining moment in your backstory should provide a motivation for your character, but there’s no reason that your character can’t just be raised to be motivated from the start. This can manifest itself in the form of monasteries and churches, or just a good upbringing by the parents. Whatever the source may be, a good motivation will give your character purpose. It will make roleplaying choices for them easier.

Now let’s delve deeper into your character’s mind. What makes them who they are? How do they think? How do they react in different scenarios? Ask yourself these questions as you get into the mindset of your character. Lay out some possible social scenarios. List ones that are embarrassing, encouraging, heart-wrenching; the whole gambit of emotions. Once you have this list, go through it one by one and play it out in your head. Be your character, and see what comes of it. You’ll learn a lot about your character this way, while also having some practice for tough encounters at the table.

We’re almost done. Now all we have to do is add some finishing touches on your character. You’ve got their main personality nailed down, now you just need little things to make your character memorable. These quirks can manifest themselves in a variety of ways. They can be physical or mental, good or bad. The only thing to worry about is if the quirks are fun to deal with for both you and your fellow players. For instance, don’t give your character an undying hatred of elves when half of your party consists of them.

Quirks can be a great way to make your character memorable. Some examples of quirks I’ve used over the years include a puzzle box that holds a family heirloom inside, an overwhelming pyromania, and a multiple personality disorder that is actually personalities from lost lives. Play around with ideas for a bit, and I’m sure you can find one that’s sure to keep your table talking.

There we have it! One character good to go and make great stories for themselves. With this, your character should have a real identity. This will help you play as the character, make them feel more alive, and build them up over the course of the campaign. Now go and make a memorable story!