You are here: Home / Player / Character Themes: What are They and How do I Pick One? 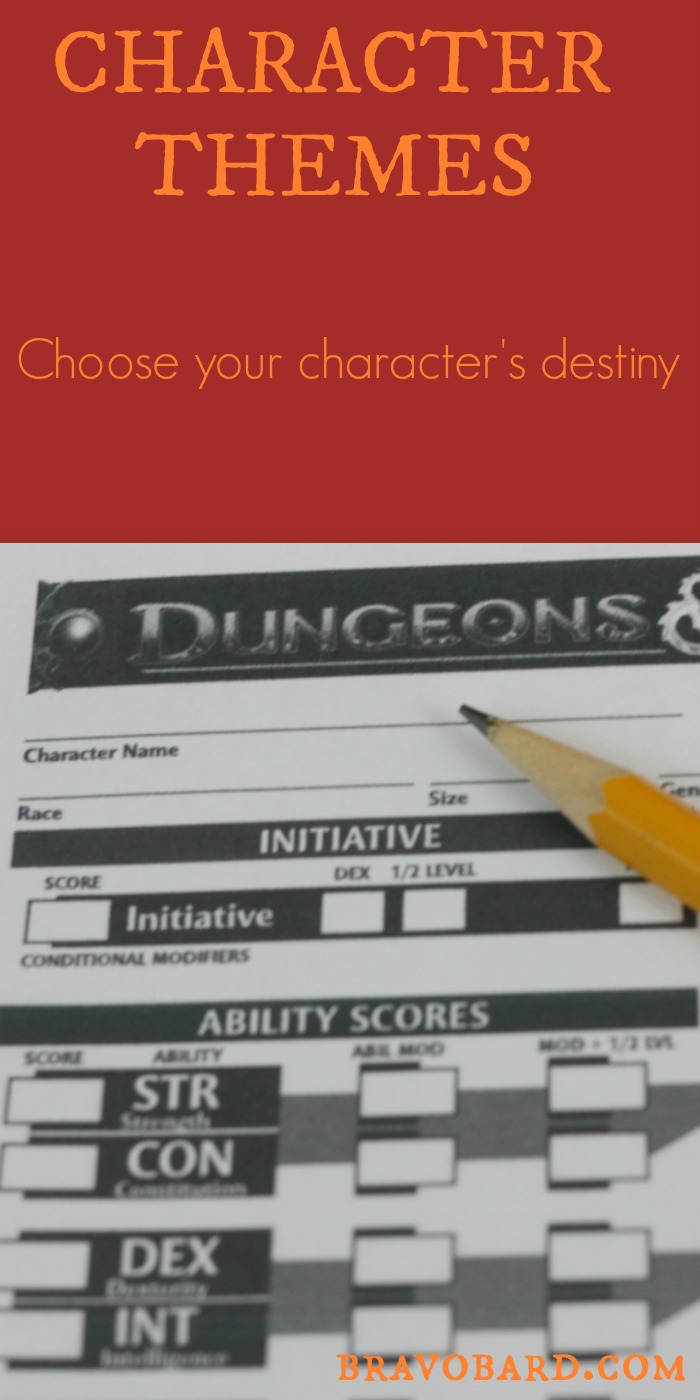 The Sage is the old man of tales that tells tales himself. He has a wealth of knowledge; regardless of whether he wants to share it with others. He usually acts as the voice of reason, but there are fringe cases where too much knowledge drives one mad.

The rogue, the pirate, the street rat; these are but a few examples of a scoundrel. As mischievous as he is cunning, the scoundrel can get himself out of trouble as easily as he can get himself into it. But good or bad, the journey will always be fun for him.

Glory in battle, at any costs. That is the way of the berserker. He revels in battle, gleefully chopping any enemy in his path. Although he is a monster on the battlefield, the berserker need not try to make every fight a physical one. In fact, most berserkers are calm and collected until their rage is brought forth. Then the beast is unleashed.

The protagonist of his own story, the hero will selflessly sacrifice himself for anyone in need. This is the type of character that heralds the story, reaching out to help wherever he can, often only for the reward of knowing a job is well done.

The flip side of the hero’s coin, the anti-hero is just as likely to help, but at a cost. This is the type of character that will grab the town’s food on the way to save said town. Although his methods may be questionable, the anti-hero’s deeds speak for themselves.