You are here: Home / GM / The Treasure Trove: Rewarding Your Players

Looting is one of the greatest activities in role playing games. It tells you that you did a good job, so take a reward. These rewards come in many shapes, sizes, and gold values. They can make a character stronger, or they can make a game more fun. Let’s take a closer look at rewarding your players so we can reward them well for their deeds. 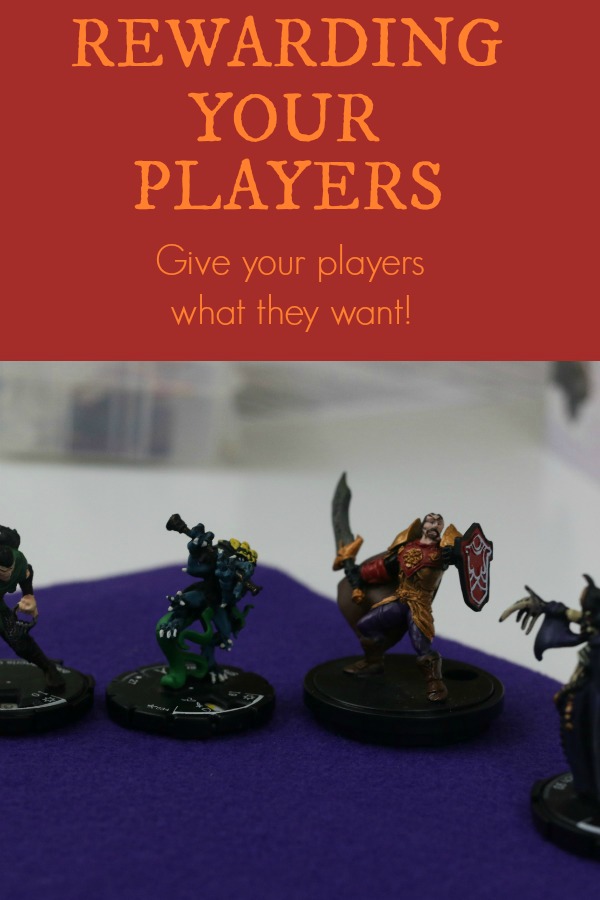 Treasure is one of the simplest rewards, yet it may be the most gratifying. By giving your players currency you’re allowing them to choose their own reward by spending the gold you gave them.  In a roundabout way you can still control the loot they get by deciding what items are up for sale. This way you can still keep a hold on your players’ power level and ensure the campaign doesn’t get derailed. If you don’t want to be bland and just give your players gold, you can give them jewels and antiques with a gold value equal to what you planned on giving to them.

Another reward that players love is items. These can be normal items such as armor and weapons. As long as they upgrade your players’ stats they’ll be happy. An even more fun reward though is magic items. These enchanted items can be anything from a flaming sword to a rod that holds itself in midair (a personal favorite of mine). These items can create great fun and open your players’ minds to new solutions to problems. Hint: there are more uses for a bag of holding than just holding stuff.

Sometimes the reward doesn’t need to be tangible. Sometimes the gratitude of an npc or the cheers of a city are enough. This option is better for players who are mostly in the game for the story, as they like the idea of building relationships in the world and thus building up their character. These players live for titles such as “Bromir, hero of Thatrir”. Keep an eye out for these players, since rewarding them will also reward yourself with a better story. This is what sets apart great GMs from the rest.

On rare occasions, the reward may not have to be there at all. After a life or death struggle with a creature of immense power, the reward of living to tell the tale may be enough. Role playing games are all about stories, and most of those stories end up being tales of a slain foe. This especially holds true when the battle was particularly hard, or when something funny happens. A lot of tales I tell from my old playing days and from the games I’ve ran involve a fight of some sort. It just makes the story exciting.