You are here: Home / Player / Your Story Continues: Advancing Your Character

Building a character doesn’t just stop when you’ve filled out their sheet. No, building your character takes a whole campaign. The adventures you go through, the trials you overcome, your successes and failures; those all shape up your character over time. This is how character advancement works, and it is a powerful story telling tool. 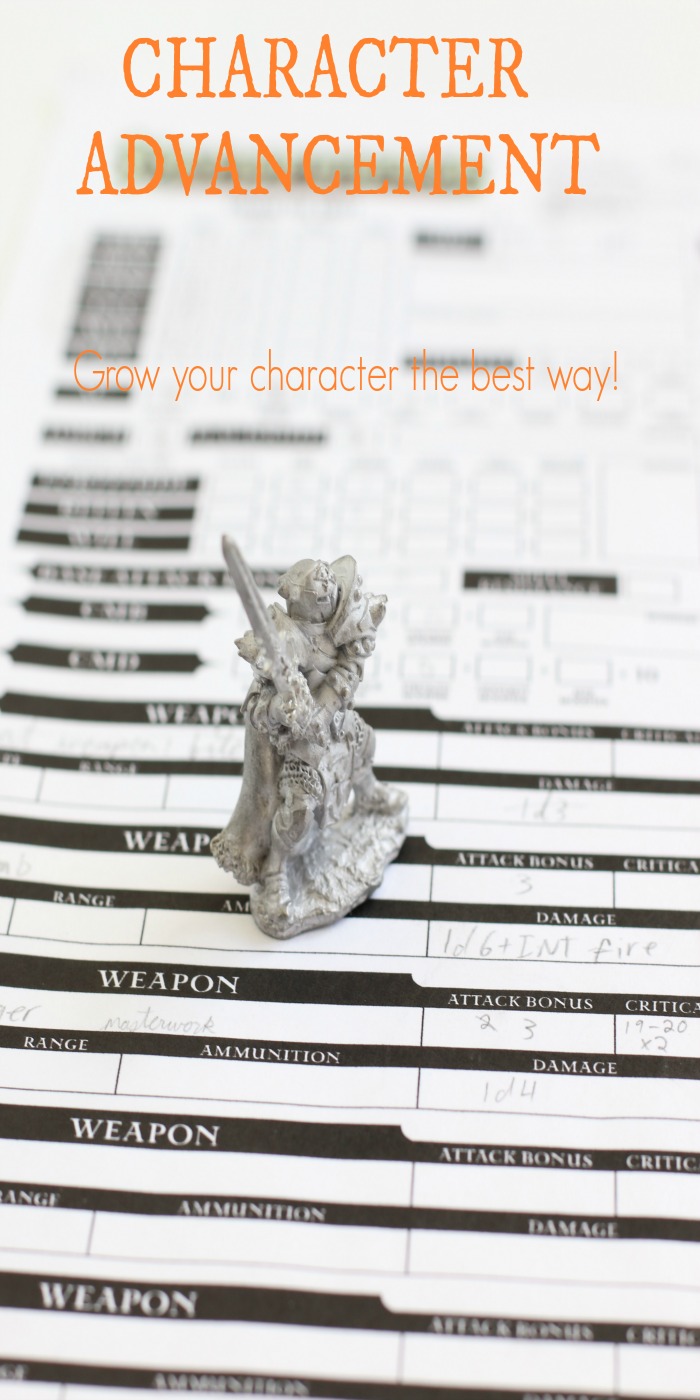 Using last week’s adventure, Tower of Tarvyrn, we can use some examples of how a character is influenced by the events he witnesses. If the character develops a strong bond with the wizard apprentice, then he might also start to share an interest in magic. If the character took a free sample from the small apothecary and met an embarrassing fate, then they might be more careful of hand outs in the future. They will have learned the lesson that nothing worthwhile is free. Perhaps while searching Tarvyrn’s library the character discovers a book that leads them to a whole new class option.

These are only small character developments. Some times there are events that rock a character’s view. Character deaths, disasters, and cataclysmic failures are but a few events that can deeply change a character. Using the end of Tower of Tarvyrn for example; the character could have had no real ambition before the adventure, but after the idea of immortality became prominent in their mind, the character could decide that they now want to pursue immortality. This pursuit could be endless, it could even drive them to insanity as it did with Tarvyrn. The character could have the opposite reaction as well. They could see the damage that Tarvyrn’s pursuit did to himself and those close to him. They could decide that no one should have that sort of power, and so they make it their mission to find the key to immortality to destroy it. Major changes can set the way your character behaves for the entire campaign, for better or worse.

No matter what changes your character undergoes, remember to apply a few rules to them to avoid trouble. Keep a change realistic. A barbarian doesn’t just turn into a pacifist due to one misuse of their strength. The changes should also add to the game, not detract from it.  If a character is almost killed you can have them be more careful or even fearful in the future, but it’s not fun for anyone if you sit in the back every fight. The ultimate rule to follow with character advancement is to make it fun! Soon you’ll have a character with many stories to tell. While you create these tales through gaming, keep those dice rolling high!