You are here: Home / GM / The Demogorgon: a Lesson from Stranger Things

Unless you’ve been living under a rock, you’ve probably heard of or even seen the Netflix show Stranger Things. This show seemed to have something for everyone. It had nostalgia, suspense, and thrills. It even had something for us players: a lesson. The show handles its main antagonist beautifully, and GMs can take a lesson from Stranger Things. 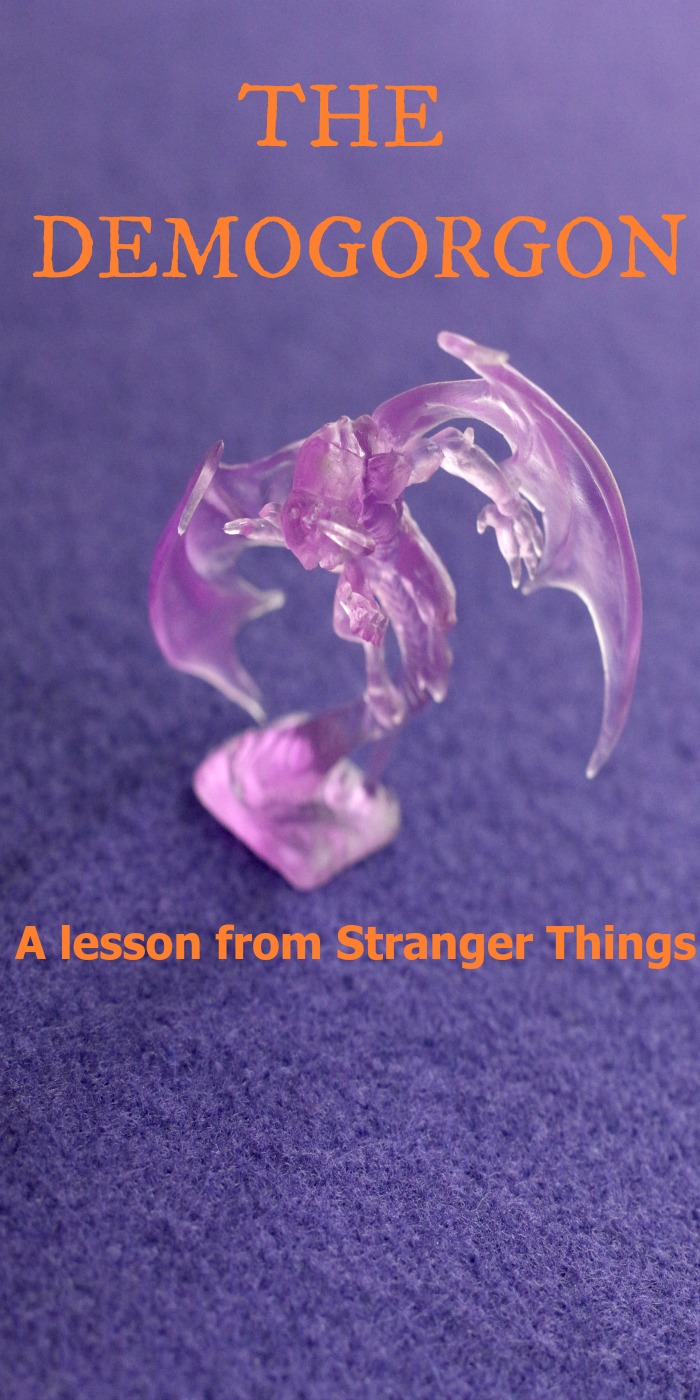 Stranger Things showcases a monster nicknamed “the demogorgon”. Those of you who have read a monster manual may remember the demogorgon. If you haven’t the show summarizes the demogorgon fairly well. This monster stalks the characters of Stranger Things so pervasively that it becomes an ominous force that feels present even if the monster isn’t on the screen. The writers managed to make this monster feel omnipresent even though it only shows up a handful of times. By looking into how they accomplished this, we can learn how to make the monsters of our campaigns omnipresent as well.

Let’s take a look at the demogorgon itself. It lives on a plane parallel to our own. This gives it the ability to be anywhere but not be shown. When it does show itself, it makes a spectacle of it. Walls between worlds collapse, and the monster rips open a portal. This sets the foundation of the monster. It creates a looming threat for the heroes. It also makes each encounter with the monster exciting.

What we can take away from this is one of the best ways to make your antagonist feel omnipresent is to give them the ability to be omnipresent. This can be achieved through several methods. The most obvious of these is planar travel. If you don’t want to copy the show directly you can use other methods such as teleportation or even having minions follow your player group. This casts a shadow over them, building suspense until the final encounter.

The most ingenious way that Stranger things keeps the monster at the front of your mind is by giving one of the protagonists a connection to it. The girl named Eleven has close ties to the monster, and by letting the audience know that Stranger things ensures that when you see her, you also think about the monster. This gives the monster a presence without having to be referenced.  We can apply this to our games as well. With a bit of cooperation from your players you can connect ties from the antagonist to one or more of your players. Not only does this accomplish the same goal as Eleven’s design, it also raises the stakes of the story. This gives your players a reason to care about the story, and adds weight to it. This always results in the best campaigns.

By taking notes from Stranger Things’ stellar story, we can make our own stories that much better. Your antagonist drives your story as much as your protagonists do. Make it feel like a driving force! By making your monster important, you drive the story on its own. As your story moves forward, remember to keep those dice rolling high!